Flash rust in the dishwasher – effective tips and tricks

It is a really unpleasant guest in our kitchens and yet it appears again and again – we are talking about the well-known rust film in the dishwasher. Once only one has been inattentive and has put, for example, a product made of unalloyed iron with in the rinse cycle and this already begins to rust. Because this is not disturbing enough, the phenomenon of flying rust is added, i.e.: Now almost nothing is safe from rust in the dishwasher under £300. No matter whether cutlery, pots or pans made of stainless steel, it now spreads on all these surfaces. But don’t worry: in the meantime, there are quite a few tips and tricks that help to combat this annoying kitchen problem. But first of all, from the very beginning.

Contents hide
1 What is flash rust?
2 How does flash rust develop in the dishwasher?
3 What can be the consequences?
4 How do you remove flash rust from cutlery?
5 Are there also home remedies?
6 More tips to prevent flash rust:

What is flash rust?

Originally, flash rust is fine iron dust that is deposited on a wide variety of objects once they have rusted in the air. This then ultimately leads to objects looking rusted, but in reality they are not. Accordingly, this believably real-looking layer of rust can also be removed quite simply by simply wiping the surface. This phenomenon is frequently seen in the automotive and railroad industries.

How does flash rust develop in the dishwasher?

What can be the consequences?

If stainless steel products now come into contact with this flash rust in the dishwasher, the rust can become stubbornly stuck under unfavorable conditions. This then leads to the protective passive layer of the metal being severely damaged and, in the worst case, it can even lead to cutlery such as knives, spoons and forks rusting through in spots and then no longer being usable for everyday use.

How do you remove flash rust from cutlery?

Basically, you should always make sure to remove the rust from the respective surface as soon as possible after discovering it. This is the only way to prevent further spreading to the point of rust eating away. In drugstores, for example, you can quickly find various tools for stainless steel care, such as a white polishing stone, whitening chalk or scouring milk.

Are there also home remedies?

As with pretty much all kitchen problems, there are also some household remedies for flash rust in the dishwasher, which also provide very satisfactory and uncomplicated relief. So are especially:

It is enough to soak the cutlery briefly in the respective liquid, because this already leads to the detachment of the small rust particles. For silver cutlery, on the other hand, you should ideally use a special silver cleaning agent.

1st tip: Pay attention to what material you put in the dishwasher.

Prevention is definitely of very great importance when it comes to this topic. Of course, you should always keep an eye on what materials you put in the dishwasher under £400. However, as already mentioned, it is often already small screws and rivets with which, for example, handles and handles are mounted on pans or pots. Thus, it is almost impossible to completely counteract the formation of flash rust.

Tip 2: Clean out the machine as quickly as possible after drying.

On the other hand, it is not advisable to leave dirty cutlery in the dishwasher for too long before washing it. This is because the food residues found on cutlery and the like sometimes contain acids and other aggressive substances that contribute to the weakening of the material surface and ultimately ensure that rust can attack the product faster and more strongly and take hold. Thus, a useful preventive measure is also to briefly pre-rinse the items with clean water.

Tip 3: Aluminum foil in the dishwasher

A popular household tip for prevention is to place a piece of aluminum foil in the dishwasher in the shape of a ball. This is because aluminum, according to some, is attacked by flash rust even before stainless steel.

How to install a Dishwasher Where There’s No Existing Dishwasher

What to do if your dishwasher is clogged?

Dishwashers expert with over 10 years of experience. He writes articles and shares his knowledge on many sites. Helps you choose the best (portable, countertop, built-in) dishwashers on this site.

Buying a dishwasher – 5 reasons why no household should be without one!

Is pre-rinsing dishes with the dishwasher useful or not?

How much electricity and water does a dishwasher use?

Dispose of dishwasher – These options are available 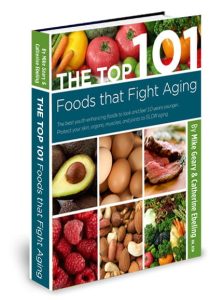 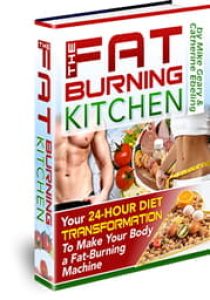 Buying a dishwasher – 5 reasons why no household should be without one!

Is pre-rinsing dishes with the dishwasher useful or not?

How much electricity and water does a dishwasher use?

Dispose of dishwasher – These options are available

Why do dishwashers not have a window like the washing machine?